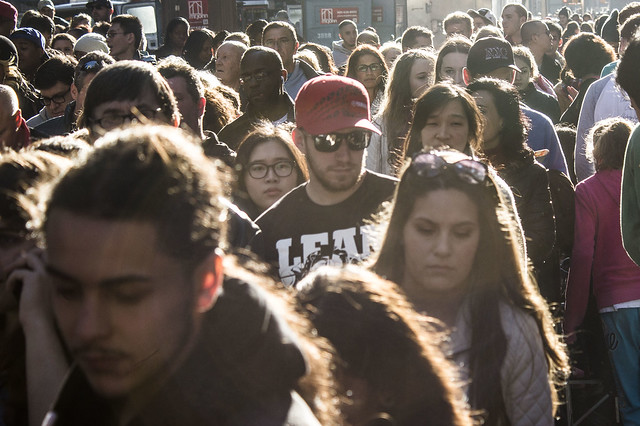 In a recent EAHR course about Adult Literacy (available at the University of Regina again in the near future?), the professor (Dr. Marilyn Miller) focused on the need to meet the literacy learners in their space.  To personalize content.  To determine the needs of the learner and to tailor your teachings to best serve them and help them achieve their goals.  I believe that we must approach educational technology in the same way.  Effective educational technology, as Tusting and Barton suggest when speaking about adult literacy, take into account each learner’s “contexts, purposes, and practices”.  Driscol refers to a similar notion, as quoted in the Molenda article, stating that we must “embed learning in complex, realistic, and relevant environments”. My contemporary definition of educational technology, therefore, is identifying the specific needs and contexts of individuals and enabling them to use devices, websites, apps, software and the like to achieve desired outcomes.

To demonstrate the need for this learner-centred definition of ed tech, consider the following scenario:

I recently donated blood (@itsinyoutogive) and was impressed by how “paperless” Canadian Blood Services (CBS) has become.  The “senior nurse” who was taking my vitals, etc., however, was struggling greatly.  Her keying skills were non-existent; it took her six … S-I-X … tries to correctly enter my postal code.  Watching that was more painful than the actual drawing of blood!  Navigating through the online forms that she needed to complete was even more of a challenge for her.  To say that her learning curve was a steep one would be a tremendous understatement!

A family member once worked with CBS, so I know for a fact that training there is ongoing and extensive; however, is the technology training meeting the needs of the learners?  Some employees are in their twenties and don’t know life without technology, while others are in their sixties and still shudder with the recollection of trying to program a VCR.  This workplace is not unlike many others in terms of its diversity in employees.  I hope that CBS – and all employers – recognize the need to offer educational technology that enables all workers to feel comfortable and competent in their work space.

Educational technology is not, as we know, limited to workplaces.  It is in classrooms and homes and nearly every other place imaginable (maybe with the exception of Angus’s school!).  Each user’s needs are as different as they are. Consider these examples …

If I were to ask my great aunt what she wanted to do with technology, she might say, “To set up an email account to keep in touch with grandchildren.”

If I were to ask my parents what they would like to be able to do with technology, they might say, “To figure out how to send a group text.”

If I were to ask a technologically-challenged friend what she wanted to do with technology, she might say, “To learn how to use ‘talk-to-text’ to make messaging easier.”

My incredibly learned (proper pronunciation for this adjective 🙂 classmates?  Well, many would express interest in learning techy things of which I have not yet even heard!

The examples could go on and on, but rather than overwrite, I’ll take the risk of saying that, in the ed tech world, there are countless different learners, each with different contexts, purposes and practices.   Therein lies the challenge:  delivering individualized educational technology to the masses.  How is this possible?

Ironically, everything you need to figure out about technology can be found online, so those with moderate computer skills can learn anything they want on their own!  I am living proof of this.  With the help of screencasts, websites, blogs and tech-savvy colleagues (@MrsMurray15 and @AndrewForeman21), I, a better-than-average computer user, was able to figure out how to navigate in the Google+ world, upload to Google Drive (which I still find very frustrating because I never know if my most recent updates to files are on my hard drive or just in outer space), set up a blog on WordPress.com, follow and comment on blogs using Feedly.com, tweet and be tweeted on Twitter, and participate in an online class using ZoomUs.  And this was all just in the first week of class!  However, the worse-than-average computer users (see below)

such as my wonderful mom, might not have fared as well. (This is mom’s first selfie!  I used text messages to coach her through the process of snapping the picture and attaching it to an email so that she could represent a “worse-than-average” user.  Daughter of the Year … right here.)  As I’ve just shown that any better-than-average computer user can find their own answers online, I will focus on this other category of users.

Where does a non-tech person begin? There are, of course, books – including an array from the “for Dummies” series.  Molenda quotes a 2004 study that found that about 75% of work training programs use books over videos … but this may have changed in recent years.  Figuring out technology, however, is likely best done by using technology.  So, how can we, the EC&I 833 class of 2016, provide support the delivery of educational technology?  With some patience, honesty, and a good dose of humility.

PATIENCE…because many people (as was discussed in class on Tuesday night) fear the unknown.  Those who aren’t held up by fear, may be reluctant to “go techy” due to a distrust.  (This is where honesty comes into play.)  Others, still, are stubborn in their ways, not unlike the King of Egypt when, in ancient times, he saw the gift of writing as anything but a gift.  Don’t force new apps, websites, social media platforms, etc. into the lives of those who are satisfied with the status quo.  Introduce them to new ideas and then give them time to reshape their paradigm to include this new information – if they wish to do so.

HONESTY … Postman suggested that computer-lovers will speak only of the wondrous aspects of the tech world.  Amy Singh contested this notion (I concur, Amy!), stating that she (and, I would argue, many other technology enthusiasts today) is more than willing to acknowledge the perils – such as the trade-offs that cause me great turmoil –  of computers, smartphones and all things “plugged in”.  When speaking to others about technology, don’t forget to include the necessary cautions and to mention the downside of each new gadget, app, etc.  It will surely serve to lessen their suspicion.

HUMILITY … we were all new to the tech world at some time!  (For some of us, it was in the very recent past and might even be ongoing.)  Remember the frustration that you felt when learning something new (this is very easy for me to do, as I have many examples).  Share stories of your mistakes and humiliating tech moments … like when, in 1990, @courosa bought a trap because he heard there was a mouse spotted in the Education Building. This tactic will help the learner to feel less like an outsider and more like a part of the geek squad, into which we have all now been welcomed.

I believe that, by following a learner-centered approach, by remembering the context in which the learner exists, and by conducting ourselves with patience, honest, and humility, we can make educational technology a meaningful part of more people’s lives.

After five days of thinking about educational technology and social networking and their impact on me, both personally and professionally, I was thrilled to escape my busy home life and devote a few evening hours to reading about these topics.  Computer, smartphone, chargers and earbuds in hand, I happily found a table in a near-empty coffee shop.  As I sipped my tea, I poured over Twitter feeds, read blogs, clicked on links, bookmarked videos, fought with my flash drive, texted friends and family, confirmed accounts, posted words of thanks and pleas for help, constantly switched from smartphone to laptop and back again… and time absolutely flew by.  As I packed up my belongings, I felt quite good about what I’d accomplished in that time.  I’d learned a bit about online data storage, gathered some great links to content for my high school courses, felt the wrath of a jump drive gone wrong (again) and survived, and connected with countless colleagues, friends and family members.  It wasn’t until the moment that my laptop was closed and my phone landed in my bag, that I realized that the quiet coffee shop was now almost full.  An elderly lady passed by, her shaky hands carrying a tray of steaming mugs.  The smile on her face caught my attention, so I followed her gaze only to find four equally delightful smiles on the softly wrinkled faces of her friends.  As she sat down, the chatter began.  I don’t think they even noticed me as I walked by them, heading to the door, but, in that brief moment, they had left an impression on me.   They weren’t the only ones.  The eight other tables, each with four or five seniors, were equally impossible to ignore.  The natural flow of their conversations, the inflection in their voices, the friendly glances, gentle pats of the hand, and unspoken words… they were connected.  Truly connected.  When I reached the door, I was feeling much less satisfied with how I had spent my time.  I was left wondering how people could be so accessible – day or night, through countless mediums – but still be quite unavailable.  The New York Times Magazine touched on this and found that technology is not severing human relationships … but I’m not convinced.  When I’m at work, I’m emailing or texting about my family; when I’m with my family, I’m emailing or texting about work.  Am I ever really anywhere?   I don’t want to simply live for technology.  I want technology to make life (real life!) better for me.  I struggle to find my happy place where apps, websites, devices, and the like fit into my world without taking over.  I believe I’m in the right place to explore this question.  I look forward to learning from all of you.